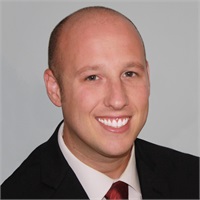 Joel grew up in the North Country as the son of an Alcoa worker and a housewife. He studied history at SUNY Potsdam and graduated with his BA in 2005. He was pursuing his master’s degree in education when he decided he would be better suited to work in the area of finance and joined MetLife in September of 2005. In 2016, MassMutual acquired MetLife’s financial firms, and Joel became a part of Financial Partners of Upstate New York. In 2019, Joel opened his own office and became the President and Owner of St.Hilaire Financial Services. He is an Investment Advisor Representative with MML Investors Service, LLC and Financial Planner.  He obtained his Life Underwriter Training Council (LUTCF) designation from the American College.  Joel associates with Financial Partners of Upstate New York as he believes in a team effort and enjoys being surrounded with likeminded individuals who can provide unique perspectives and support. Joel works with individuals and businesses to manage their risk, investment, and inheritance objectives. This includes building wealth through investment management, protecting wealth through risk mitigation strategies, and distributing wealth to heirs and charities using gifting strategies.

Joel is a resident of Massena, NY with his wife, Amy, and children, Sophie and Garrett. When not spending time with his family or clients, Joel enjoys basketball and target shooting, and is a diehard New England Patriots fan.

During Joel’s time with MetLife and Financial Partners of Upstate New York, he was recognized as a Leaders, Platinum, and Chairman’s Conference Qualifier.